The bigband was founded by the internationally acknowledged trumpet artist and composer, Kornél Fekete-Kovács in 2005 under the aegis of contemporary jazz. The ‘aegis’ originates in Greek meaning ‘the sky that protects from the storm’. Thus Modern Art Orchestra feels safe when being defenseless in unexplored fields of music – if we don’t consider those occasions when the band turns to the past musical tradition. Even the 5 staff of the music sheet are scores drawn at the surface of untouched spaces of music for the creative composers of the orchestra, so MAO’s aim has been to stretch the borders of contemporary classical music and jazz from the beginning. The musicians of the most innovative bigband of Hungary find protection in the musical medium itself: MAO is a musical workshop where creative artists mutually inspire each other. The 18-member-band collects the performers, band leaders and composers who are the most significant personalities in Hungarian jazz. Thanks to the outstanding crew the band has produced more than 25 hours of contemporary compositions dedicated to MAO, mostly written by the orchestra-members. These pieces are performed at the monthly organized composer’s nights concerts alongside the compositions of other talented contemporary composers’ who dedicate their work to MAO.
The Orchestra fosters the birth of new bigband compositions with the launching the MAO Masterclass Academy for young, talented composers in 2019. Thus the respect of the tradition of music is also predictable in the repertoire of the Orchestra while in their case it is never the ortodox repetition of the past. They resemble the iconic albums of jazz history with their series Legendary Albums, which turns into presence by the improvisations of the soloists. Their great success, the Gramofon-, and Artisjus-Awarded Bartók-album places the Bartók-heritage into the presence with exciting, contemporary orchestration, electronics and the rethinking of the original folk song collections. Modern Art Orchestra works regularly with Hungarian and international soloists, among whom we can find Veronika Harcsa, Mihály Dresch, and the world-known saxophonists, David Liebman and Bob Mintzer. For MAO the sound is very important. They not only stress the “what” but also the “how”. The quality of the sound experience determines the quality of the listening experience. The music of MAO takes the whole person and invites one to the presence because improvisation is placed in the center puting ‘here’ and ‘now’ in the main role. 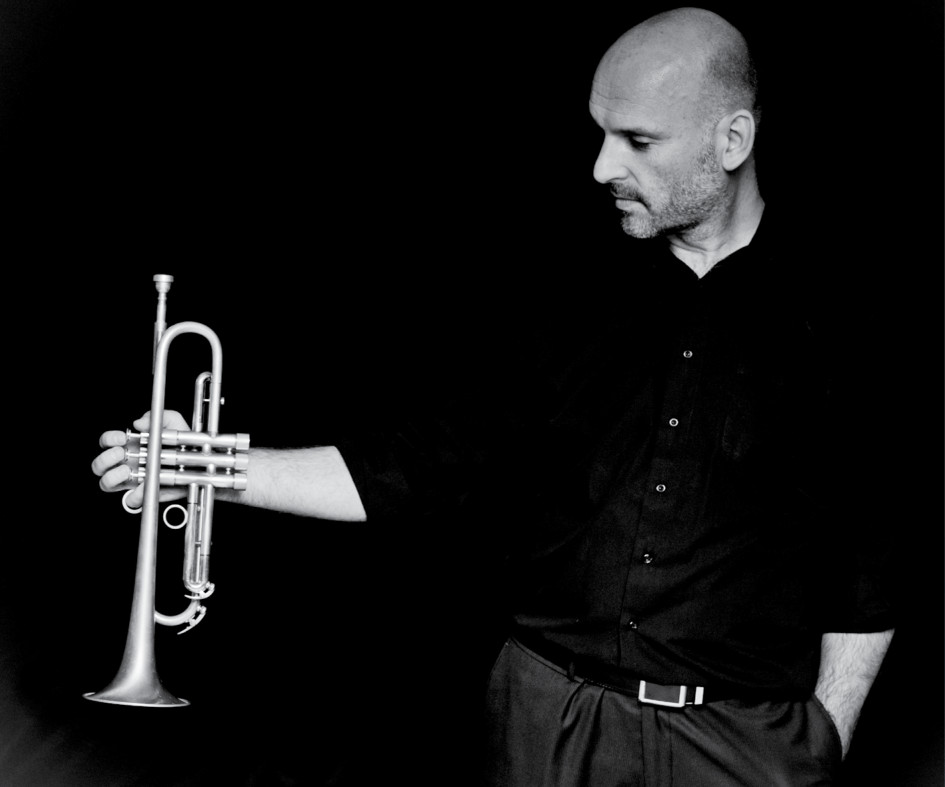 A busy musician and arranger, Kornél is an important figure of the Hungarian contemporary, jazz and pop music scene. The artistic values of his full-length compositions for jazz big bands are remarkable. He has been a soloist, composer and the head of Modern Art Orchestra since 2005. As the leader and musician of MAO, he has been invested in making the band into a group, where everyone can create and get inspiration from each other, while looking together in the same direction. Between 1995 and 2010, he was teaching at the jazz faculty of the Liszt Ferenc Academy of Music. Since 1998, he has also been teaching at Kőbánya Music Studio.
Read more

Kornél Fekete-Kovács, the renowned composer, trumpet and flugelhorn player is a charismatic figure of the mid-generation of Hungarian Jazz. He has managed to walk on his unique artistic path since his first appearance in the Hungarian and international jazz scene that started with winning the Jazz Juniors Competition in Krakow as the best group and for the best solo performance in 1993. For the past decades Kornél, while winning several awards and performing with the finest musicians and grand orchestras worldwide, engaged in projects and composed music that represents his exploring, playful and open personality. He took the step of founding and directing Budapest Jazz Orchestra in 1998 and had worked with the formation until 2005.

Since its 2005-foundation the Modern Art Orchestra continually has been proving that Kornél Fekete-Kovács had chosen the right track with founding an orchestra with the newest generation of jazz talents from the excellent Hungarian Liszt Ferenc Music Academy and with his fellows who are the most acknowledged musicians of the genre in the Hungarian mid-generation, like Kristóf Bacsó or János Ávéd saxophone players and the pianist, Gábor Cseke. In his vision the band is a frame for the co-working musicians who get the freedom to compose and express themselves on the highest level with their instrumental professionality. Kornél insists on keeping a fresh, ever renewing and growing contemporary repertoire. He keeps challenging the orchestra with a unique artistic approach towards Hungarian tradition that is marked by the Bartók and Kodály material of the band. He also puts a stress on reflecting on the current artistic context of the contemporary music scene. As a result of that the band’s six composers – János Ávéd, Kristóf Bacsó, Gábor Cseke, Kornél Fekete-Kovács, Attila Korb, Gábor Subicz – released their own albums played by MAO in the past years and the newest compositions are performed live immediately after their birth. Art of Virus is the artistic director’s most recent concept to give way of expression and an opportunity of self-reflexion for the international composers’ community while the pandemic re-writes the post-industrial cultural context.

The musician’s own compositions feed upon his deep, personal knowledge and fascination towards jazz classics, classical and contemporary music regardless of boundaries of musical genres and the humble and exploring philosophical attitude towards inner and outer human existence. Though he sparks in every situation on stage as a solo trumpet player with his outstanding, unique improvisation-style, his full capacity of artistry comes to life while he simultaneously conducts and plays with his fellow-musicians while performing with Modern Art Orchestra. 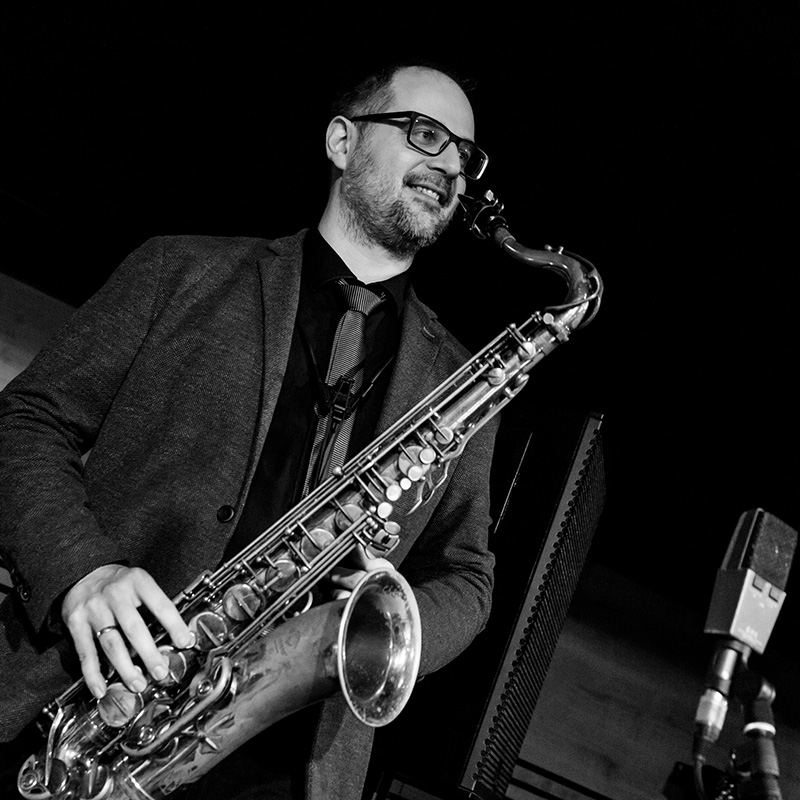 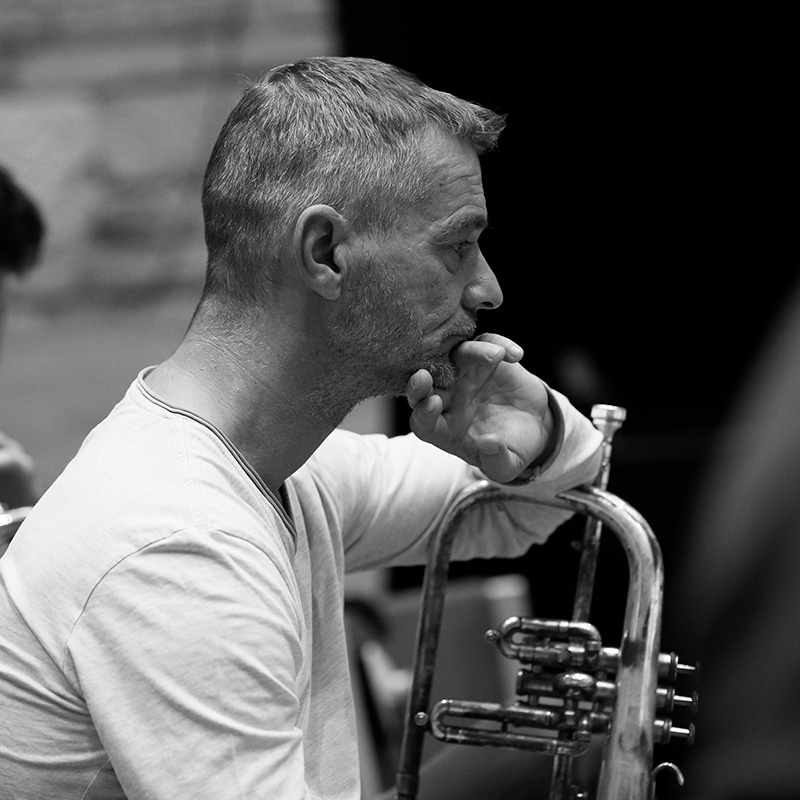 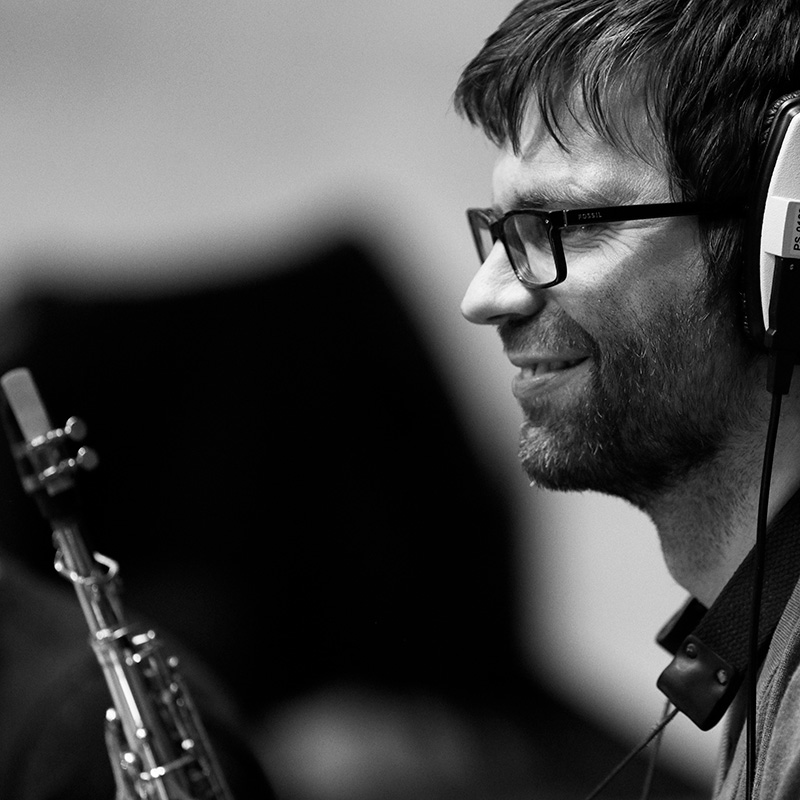 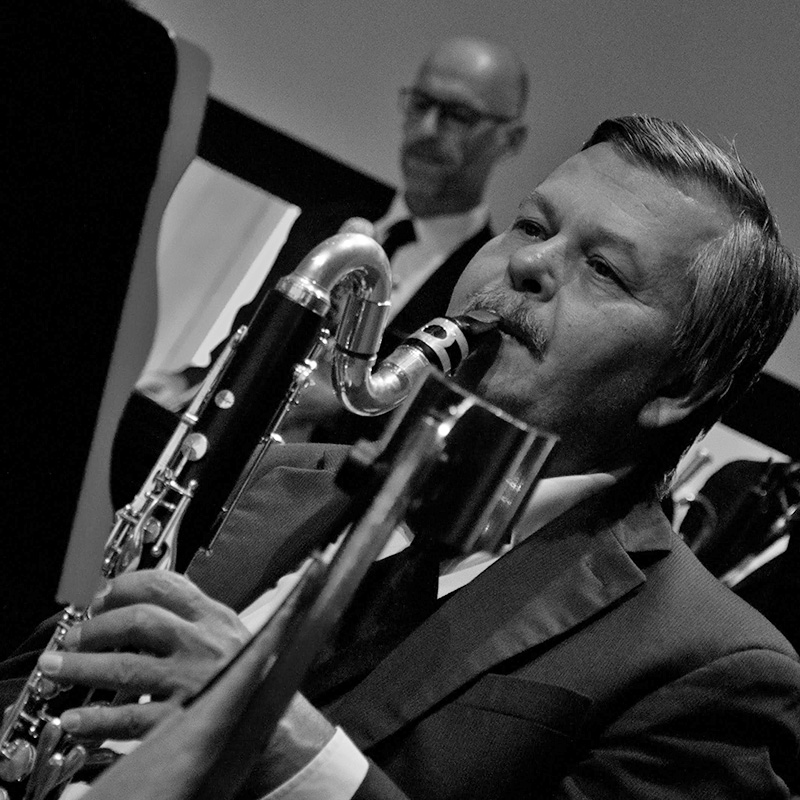 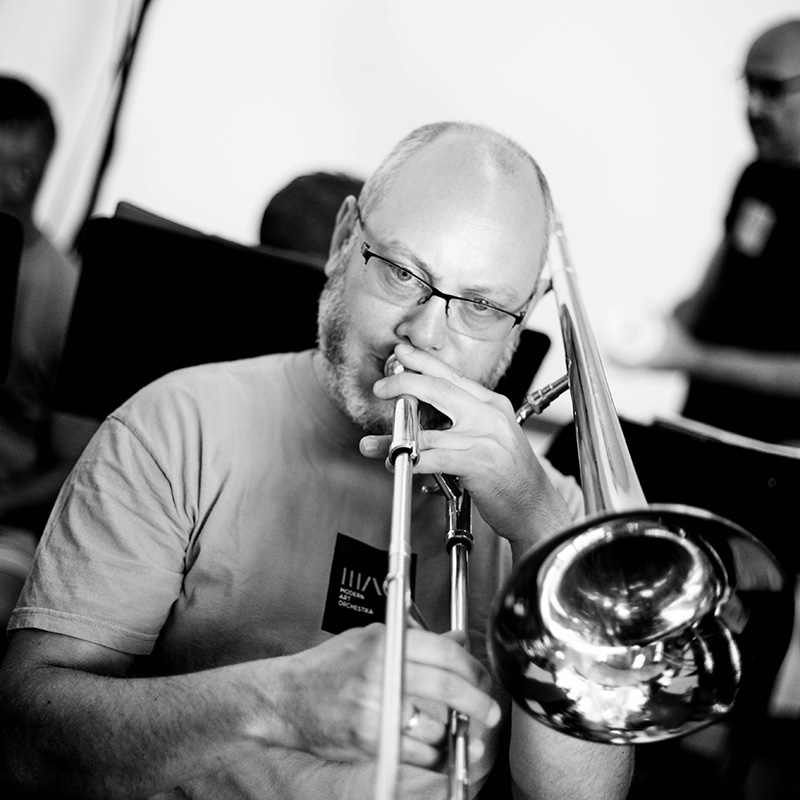 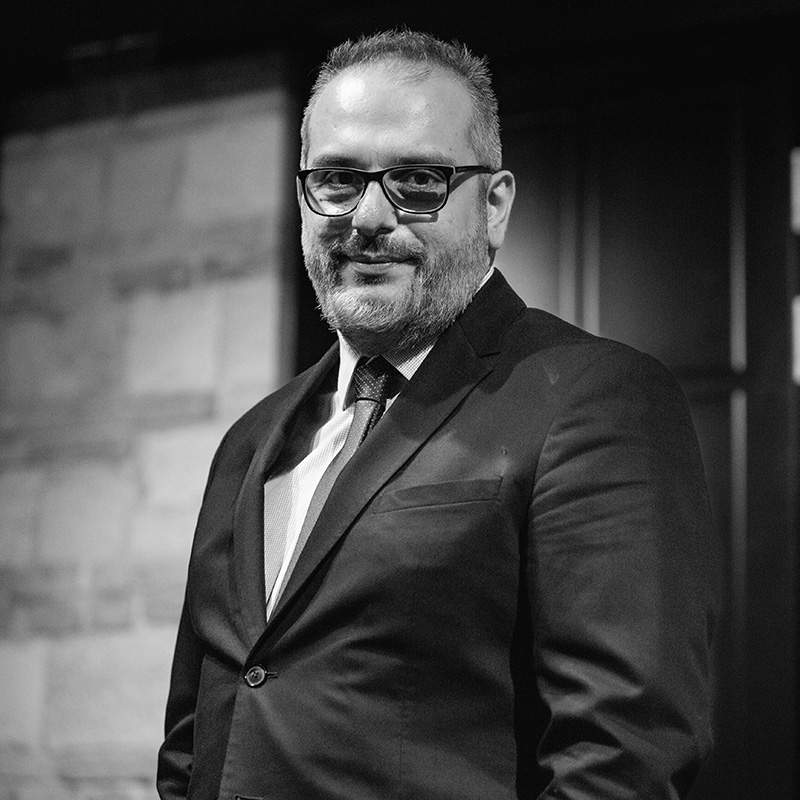 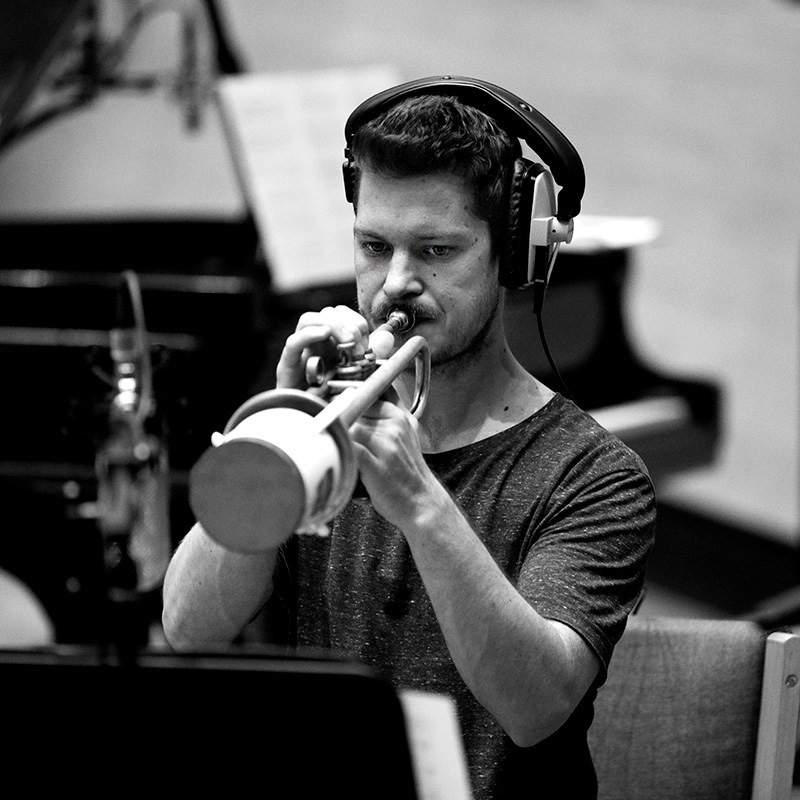 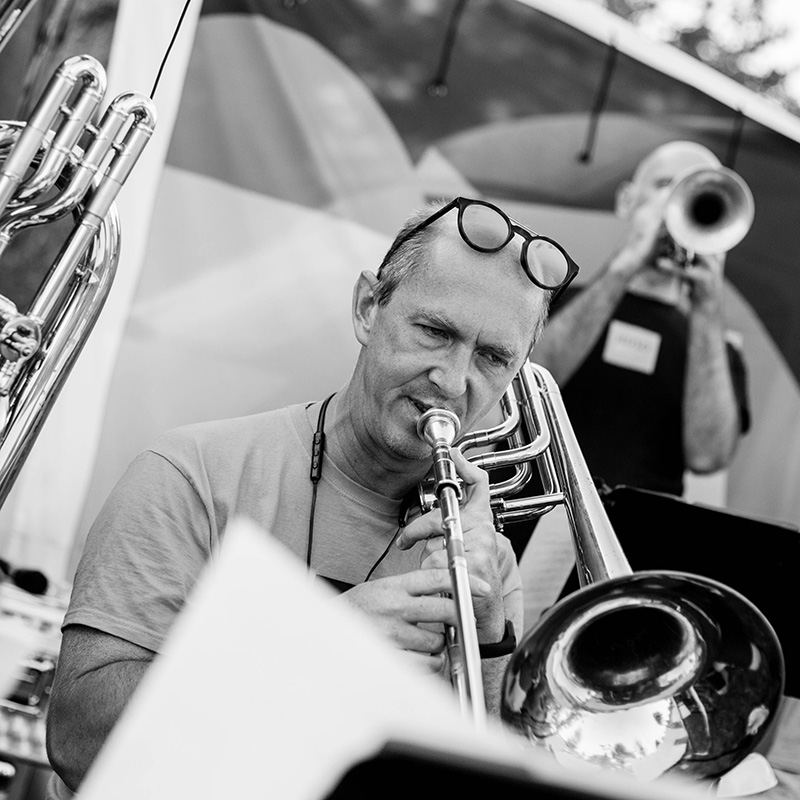 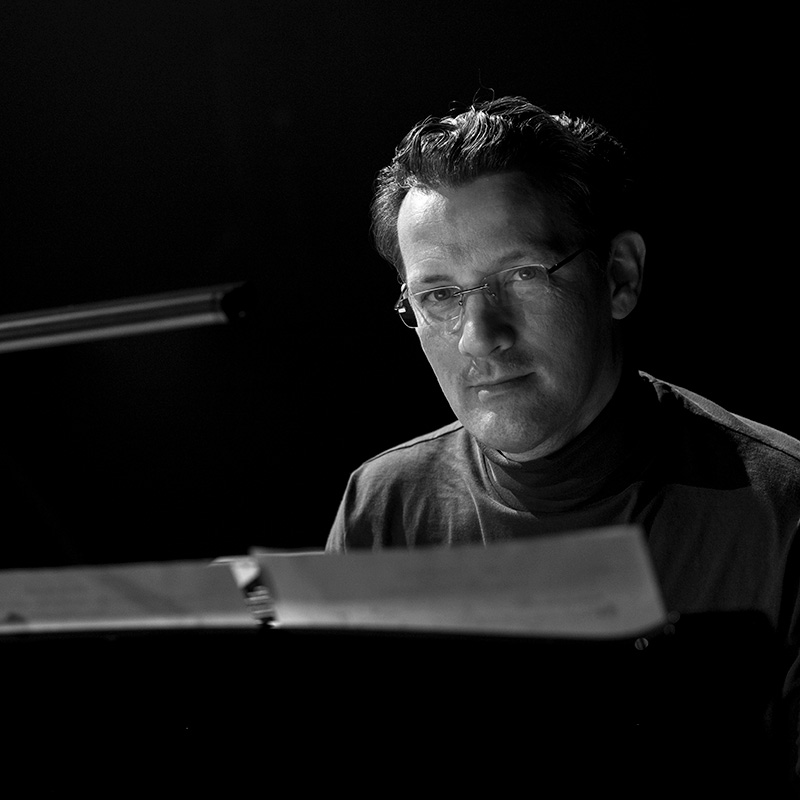 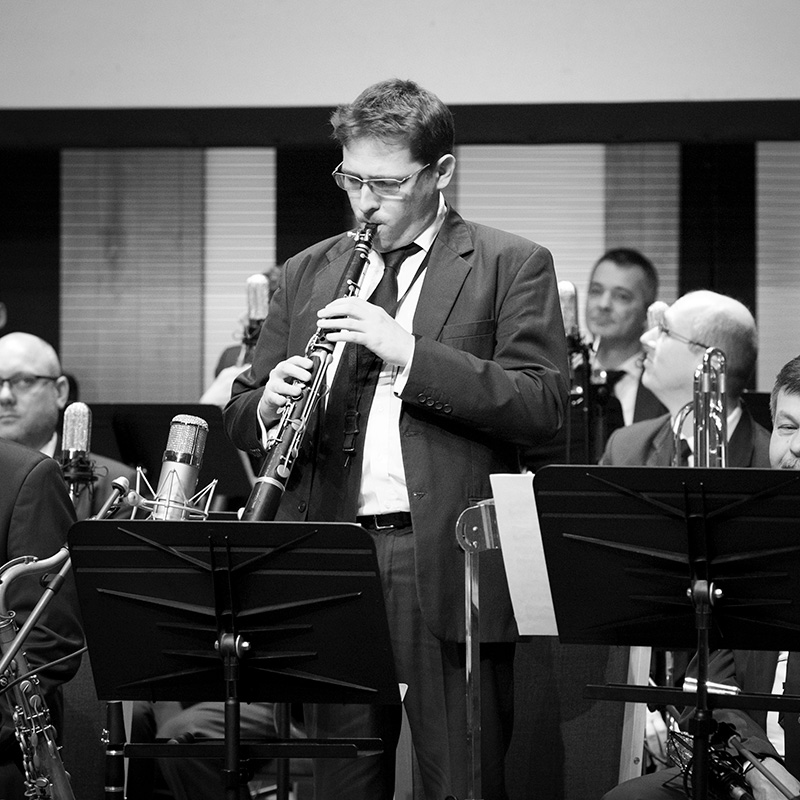 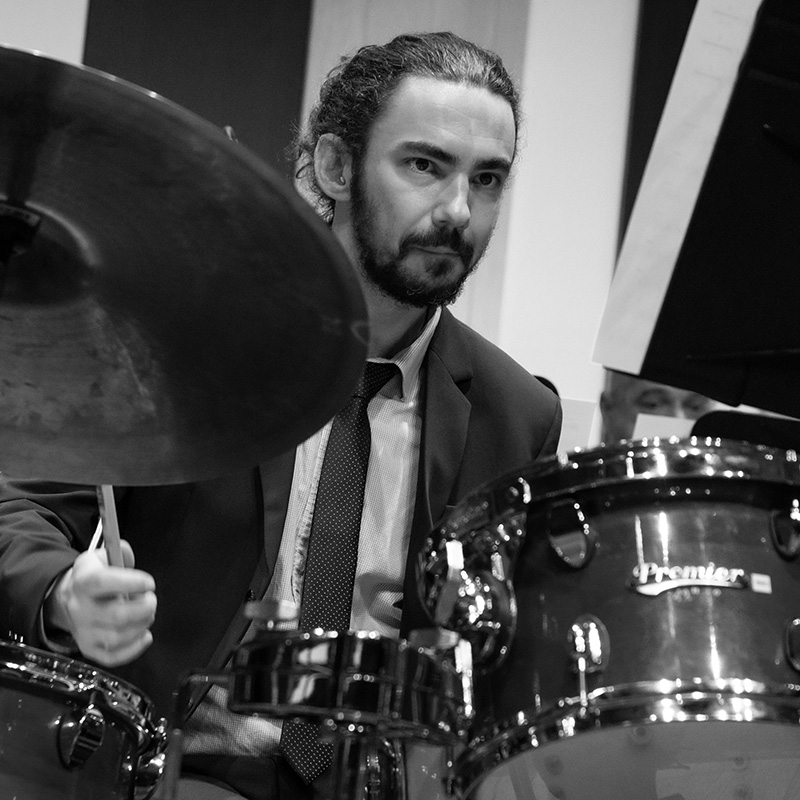 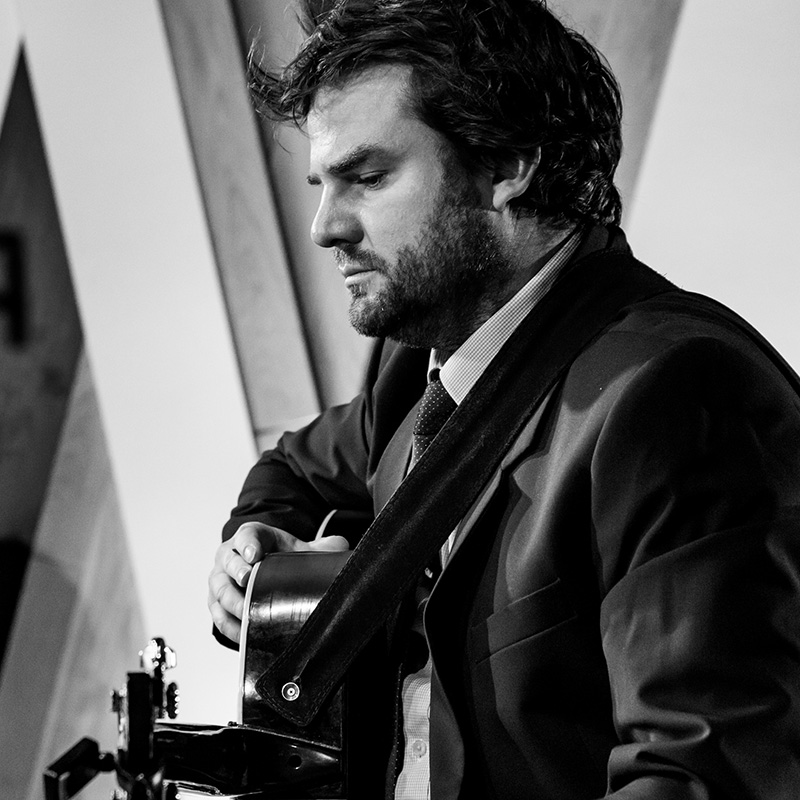 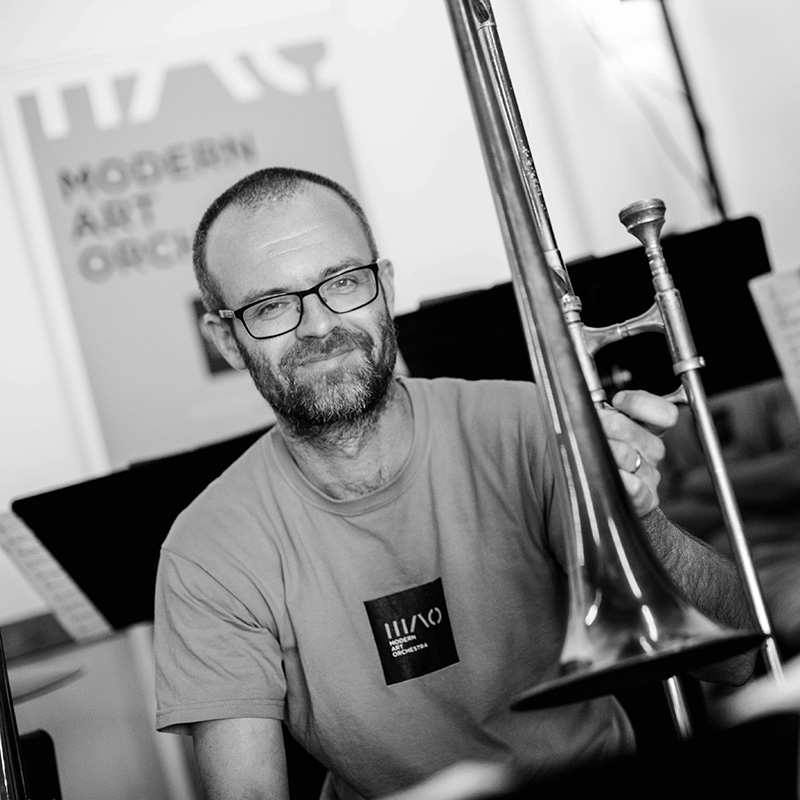 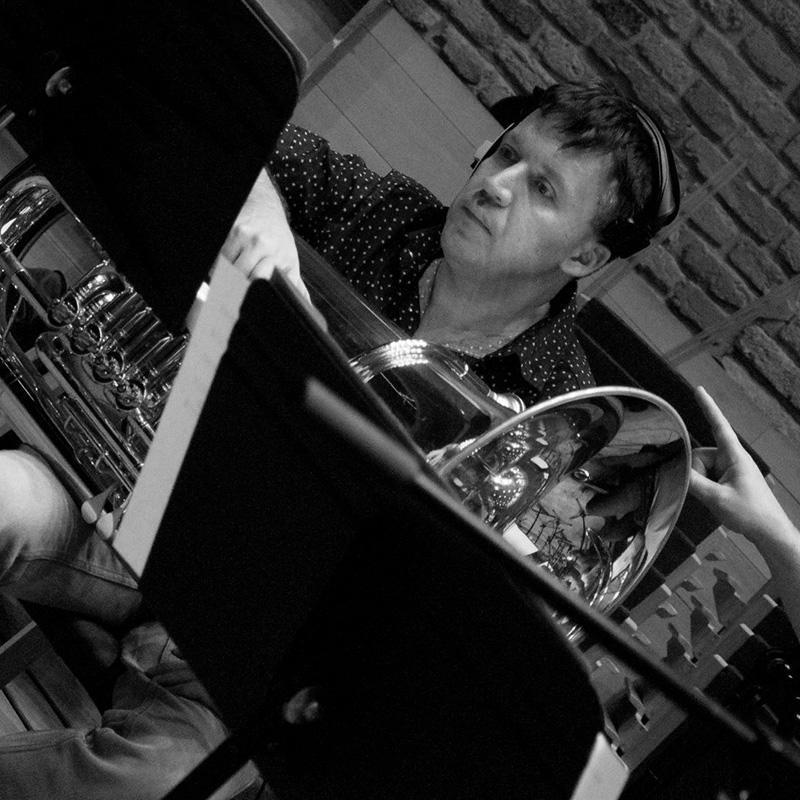 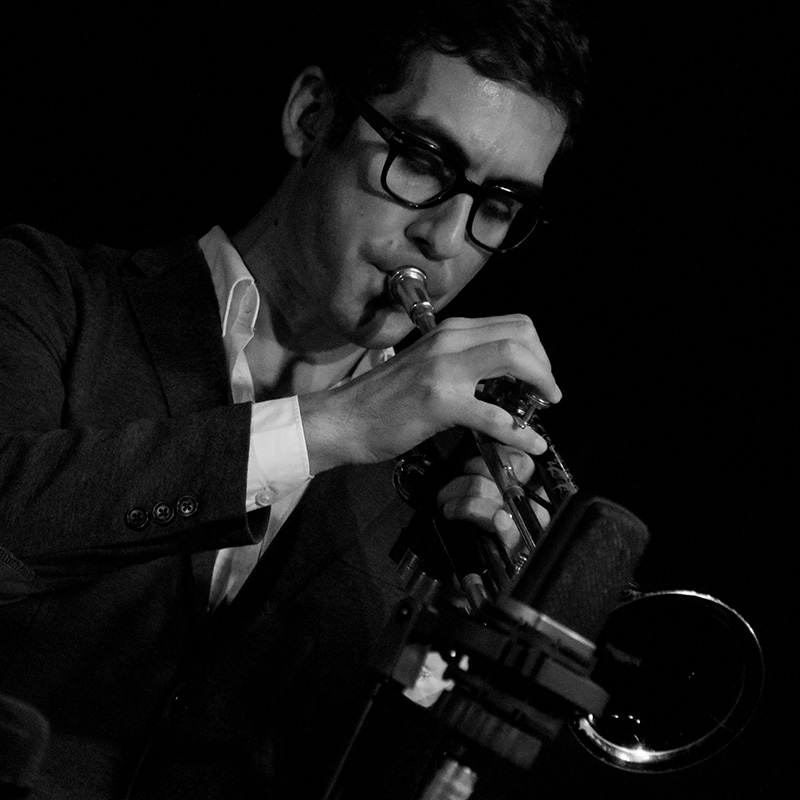 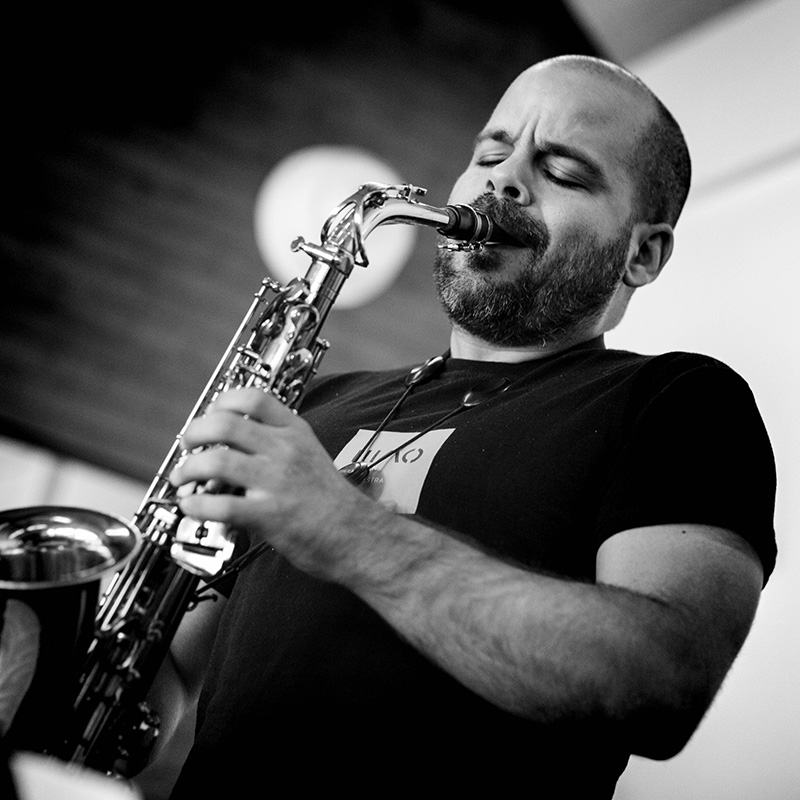 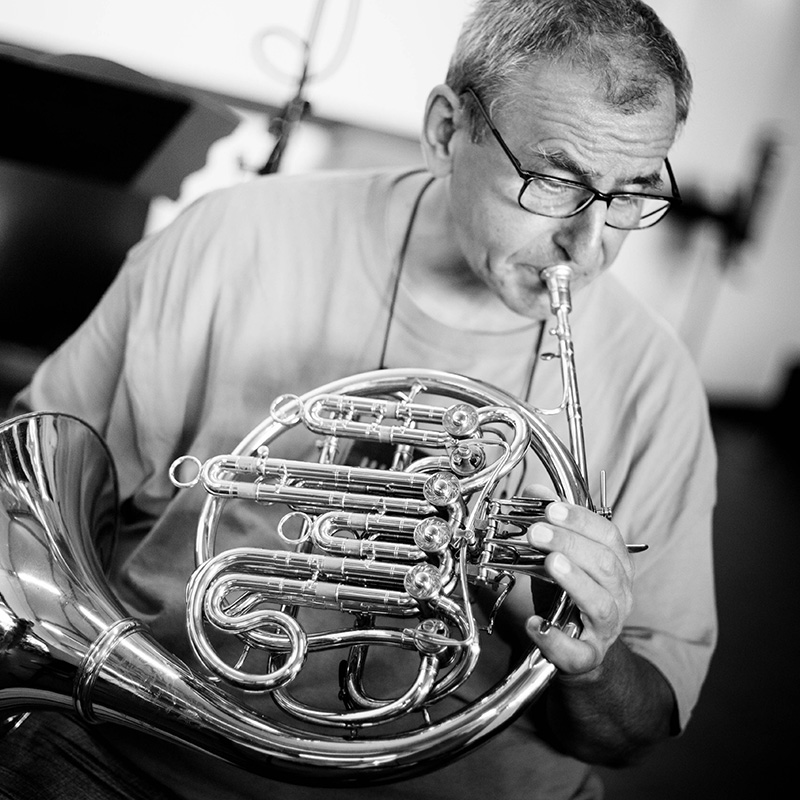 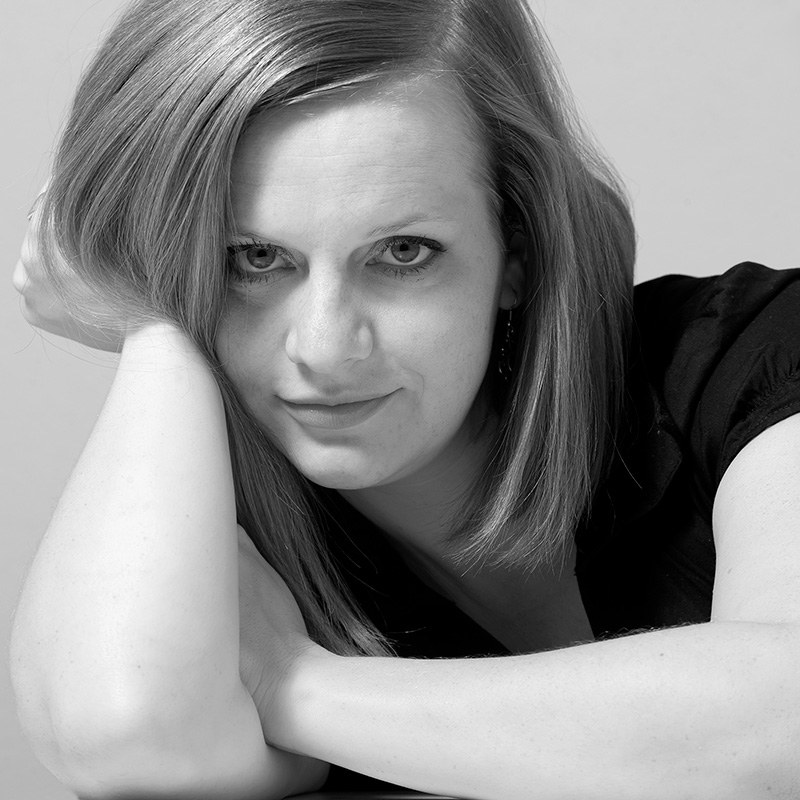